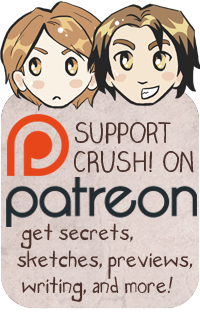 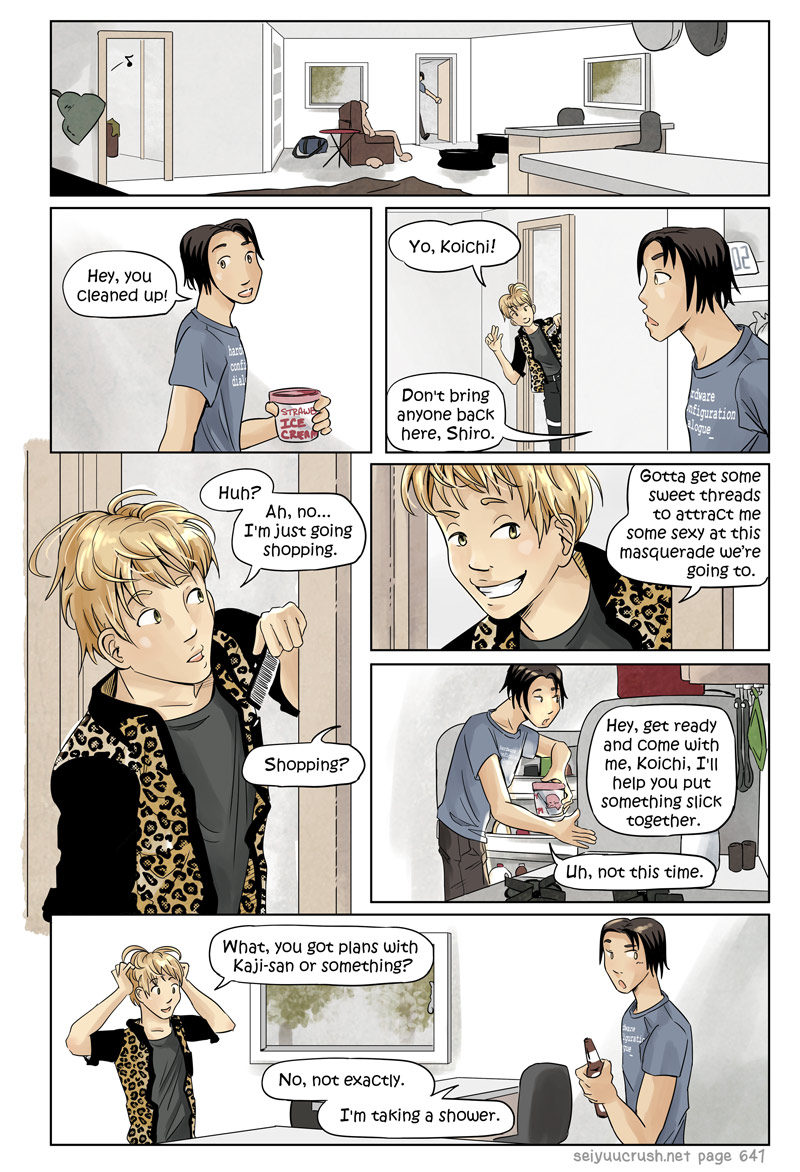 I think we're still in a bit of a daze after waking up and seeing that 100%... but it looks like we're going to be making books now... thanks to an extra-generous donor who tipped us over the goal!! o_O Thank you to everyone who contributed so far!!!

It was years ago when we were first laughing about these characters and stories that had appeared, and S. excitedly urged me, 'you have to draw it!' And the first pages appeared, hastily sketched with a junk tablet; and then KoiZ turned around in his chair, and our lives completely changed (oh... kinda like Kaji's did). It's crazy to look back over 6 years of pages and see how the art has changed (hopefully for the better ^^), and what the guys are doing now. And also to know that what's up on the website now is so so far behind the script that S. has, and I need to just draw and draw faster. (Sometimes I'll read upcoming scenes and be like 'I want to draw that now!') Some characters you have yet to really know, and we're so looking forward to showing them, as well as showing the sweet, the funny, the entangling drama, of the characters we've introduced and shown.

We're going to get busy now working on the last bit of proofreading needed, and finalizing extra art such as the covers and bonus pages. The campaign will end at 11:59 PM PST on Wednesday, so you can still claim your copies of the books for a few more days (or get some cool postcards!) This is likely to be the only print run we do for these first two books in the foreseeable future. We'll be reaching the end of Volume 3 sometime in spring and hopefully can get #3 into print next year! And have we mentioned we're super excited for the storylines coming up next year? :D

And if you'd like to use Paypal, or would like a custom combination of rewards, just drop us a note and we can make arrangements for you. 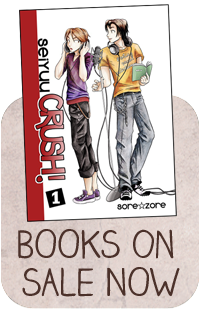